skip to main | skip to sidebar

To become a follower to Darlene's blog, click on the "follow" tab at the very bottom of the screen. 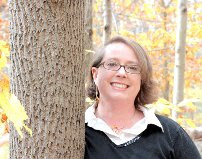 About Elizabeth: Elizabeth Maddrey began writing stories as soon as she could form the letters properly and has never looked back. Though her practical nature and love of math and organization steered her into computer science for college and graduate school, she has always had one or more stories in progress to occupy her free time. When she isn’t writing, Elizabeth is a voracious consumer of books and has mastered the art of reading while undertaking just about any other activity. Her debut novel, Wisdom to Know, Book 1 of the Grant Us Grace Series, was released in January, 2013. Courage to Change (April, 2013) is the second in that series and continues the story of characters from the first book. She is also the co-author of A is for Airstrip: A Missionary’s Jungle Adventure, a children’s book based on the work of a Wycliffe missionary.

Elizabeth lives in the suburbs of Washington D.C. with her husband and their two incredibly active little boys. She invites you to interact with her at her website www.ElizabethMaddrey.com or on Facebook: http://www.facebook.com/ElizabethMaddrey

About the book: Should you be willing to change for love?
When Phil Reid became a Christian and stopped drinking, his hard-partying wife Brandi divorced him. Reeling and betrayed, he becomes convinced Christians should never remarry, and resolves to guard his heart.
Allison Vasak has everything in her life under control, except for one thing. Her heart is irresistibly drawn to fellow attorney and coworker, Phil. Though she knows his history and believes that women should not initiate relationships, she longs to make her feelings known.
As Phil and Allison work closely together to help a pregnant teen, Allison melts his defenses. But when Brandi discovers Phil's new relationship, she decides that though she doesn't want him, no one else can have him either. Can Phil and Allison's love weather the chaos Brandi brings into their lives?

And now Behind the Book:

I’ve been writing for what feels like forever. I honestly can’t recall when I haven’t had some sort of story in progress on my computer (or in a notebook.) I vividly remember sitting in the dining hall in college and writing little vignettes about the people I saw – making up character snapshots and scenarios. I figure it’s what all people watchers do, just not all of us actually go ahead and write them down. The majority of the novels prior to my debut are all more sci-fi/fantasy. Those are genres I love to read, so it always seemed a natural extension to write them. Don’t get me wrong, I also love reading contemporary romances! It just wasn’t the genre I really every felt I’d write – until I decided I needed a little break from world building. I was stuck (really, I’d written myself into a corner and couldn’t figure my way out), so I took a break and started the story that had been germinating in my heart for a while – despite trying to get out of writing it. Ultimately, this became my debut novel, Wisdom to Know.

When I got the contract for Wisdom to Know, my editor started chatting with me about whether or not it would be a series, and what I envisioned going forward. I hadn’t seriously thought about it, but I realized that there were secondary characters in my first book who had started whispering their story in my ear…and so I started writing. I knew that it this book, Courage to Change¸ would be Phil and Allison’s story. But I hadn’t counted on Lindsey, a pregnant teen, becoming such a major part of the book. I’d thought that working together on Lindsey’s case would be what brought Phil and Allison together, but hadn’t really expected to continue the story line much farther. But then Lindsey started to seriously consider adoption and I realized that she needed more time at the forefront.

Both of my boys were adopted. I’m not sure that people who haven’t adopted really think about what it means to make an adoption plan for a child. The chances I’ve had to interact with my boys’ birthparents is something I’ll treasure and I hope to be able to convey to the boys just how amazing their biological parents are. It’s a hard, hard thing place a child – but having had the experience of crying with and embracing two incredibly strong young women as they made that plan…I realized that Lindsey’s storyline was a small opportunity to offer people a glimpse into that decision-making process and do one more thing to show my gratitude.
Posted by Darlene Franklin at 6:00 AM

Books remaining for 10-20 more lucky winners. Most likely to receive Hidden Dreams, Pride's Fall, or It Is Well With My Soul. Two books per winner. 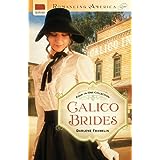 WRITING:
Writing rough draft of Third Strike at Love(19% of total)
Finished rough draft of The Substitute
PROPOSALS:
Waiting for response from editor on The Substitute.
MARKETING:
Golden Dreams released on September 1.
WITH THE PUBLISHER:
Homefront dreams avaukabke for prepurchase at Amazon.
My latest historical romance, Golden Dreams, is available in ebook and print form.
Submitted three chapters for Third Strike at Love, the seventh book set in Maple Notch. 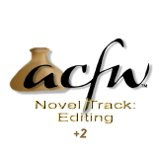 Darlene Franklin
Oklahoma
Award-winning author and speaker Darlene Franklin lives in cowboy country—Oklahoma. Oklahoma has the benefit of being the home to her son, his wife, and their four beautiful children. Darlene loves music, needlework, reading and reality tv. She currently resides in a nursing home, which has become a place of blessing. Darlene is the author of twenty-five novels and novellas. She has also written around 250 devotionals and personal experience pieces for various publications, including her soon-to-release book, It Is Well with my Soul. For links to her books and other writing, check out the second page of the blog.